A Brief History of the Cave and Basin - Alberta Beer Festivals 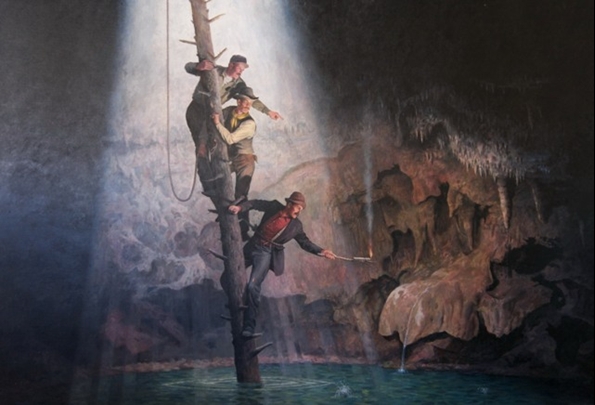 To tell the story of the Cave and Basin, as is the case with most written Canadian history, you’re really telling the story of the railway.  Three Canadian Pacific Railway workers, William McCardell, his brother Tom, and their partner Frank McCabe discovered hot pools in a cave, while attempting to scale Sulphur Mountain in Banff in 1883. Crude boundaries were erected around the discovery, and equally crude plans were formed for potential profit.  A log cabin marked the entryway for what would eventually become Canada’s first national park.

“… like some fantastic dream,” was how William described the discovery to the government at the time. Even then, as he laid claim to the site, McCardell saw potential for a tourist destination, and a revenue source to finish the railroad.

Legal battles ensued, but after all was said, the issue was resolved with the land turned into a 26 square-kilometre reserve in 1885. Two years later, that reserve expanded in the Rocky Mountains Park Act, to 665 square-kilometres. Since then, the park has been recognized as Canada’s first national park.

Perhaps the biggest achievement stemming from this act was that natural areas have since been viewed as a source of wealth for the country, and that national parks in Canada should belong to its people.

The Rocky Mountains National Park has since changed it’s name to the Banff National Park, but the legacy remains. There are 43 national parks, 167 historic sites, 4 marine parks, and a national urban park, all falling under the national parks system in Canada. 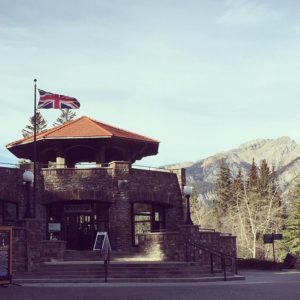 The view of the Cave and Basin today. The Union Jack still flies to represent the discovery.

130 years of Canada’s natural history will be on display on November 27-28 when Alberta Beer Festivals brings the world’s most beautiful beer festival, the Banff Craft Beer Festival to the Cave and Basin National Historic Site. It will be a fun-filled night of Alberta’s craft breweries and Banff’s best pubs and eateries, all while taking in the beauty of the Rocky Mountains in the Banff National Park.

For tickets visit: http://banffbeerfest.eventswoop.com/ or for accomodation+ticket packages from the Banff Lodging Co. visit http://bestofbanff.com/banff-beer-festival/