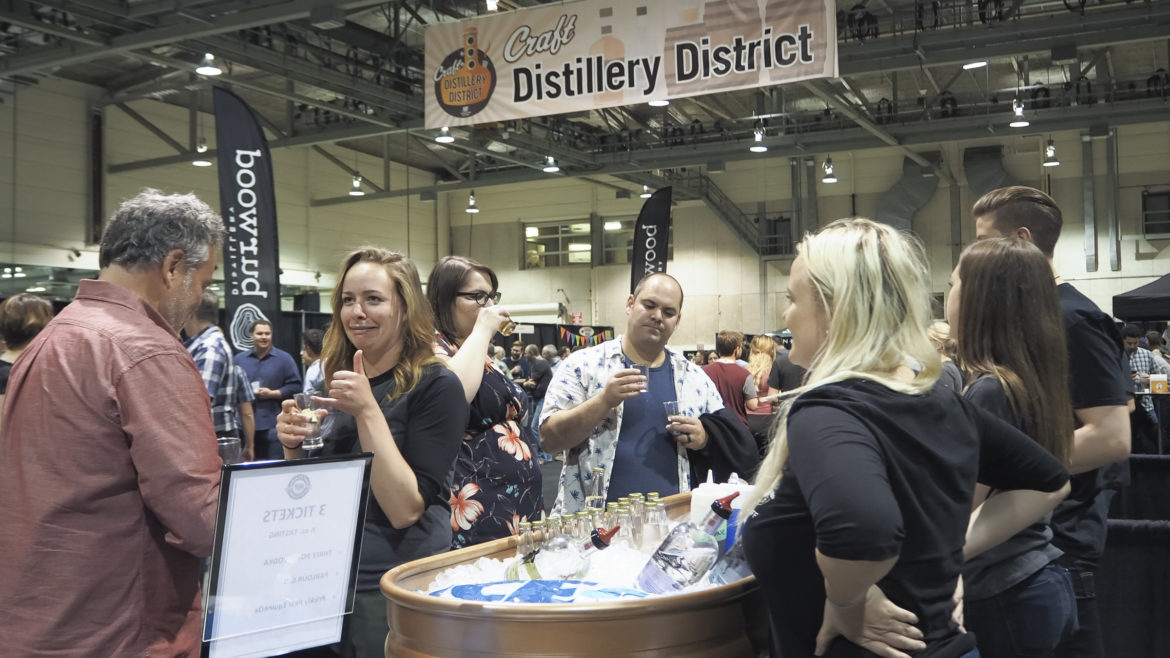 Alberta Beer Festivals couldn’t be more excited about the addition of the Craft Distillery District to the Edmonton Craft Beer Festival this weekend!

“The growth in the Craft Distilling industry in Alberta might be slightly overshadowed by the current growth in the Craft Brewing industry, but what is going on with spirits in this province is a pretty incredible thing,” comments Mark Kondrat, CEO of Alberta Beer Festivals. “There is a strong link between craft brewing and craft distilling; we saw the opportunity to have a micro spirits event within our beer festivals and thought that would be the perfect addition to our shows.”

With some craft brewers also having craft distilleries as part of their business, it is easy to see how these two pair together so well. And as with craft beer, more and more people are becoming connected to where their food and drink comes from – that’s part of the craft movement as a whole – these locally brewed and distilled beverages connect to the local economy and the local community. Some people are drinking now in the same way they buy what they eat at the local farmer’s market, while others just enjoy things that are made within the province.

Because these craft distillers are small, they are able to experiment with interesting ingredients and flavours. Last Best in Calgary is a good example of a brewery and distillery all under one roof. Last summer, head distiller Bryce Parsons was picking Lilac in the beltline neighbourhood around Last Best to include in something he was distilling. That innovation, flexibility, and creativity makes craft distilling so appealing and mirrors what we are seeing in the craft brewing movement.

And on a lighter note, every group of friends has that one person who says they don’t like beer – we of course refer to them as either wrong (kidding of course) or ‘the person who just hasn’t tried enough styles of beer yet’. Regardless, the Craft Distillery District is for those people, gluten intolerant people, people who love spirits, people who crave new things, or just those who are curious about the whole craft distilling movement.

This year’s Craft Distillery District at the Edmonton Craft Beer Festival will feature 12 of Alberta’s craft distilleries. “We’re really proud of the partnership we have formed with Alberta’s Distillers, and look forward to a long and growing relationship. The Craft Distillery District will almost be its own event within our festivals, and a must see as you tour around,” says Trevor Bacon Director of Communications for Alberta Beer Festivals. No matter who you are, make sure you stop by, taste a few samples, get to know your local distillers, learn what they’re about, sit in on a seminar, and enjoy yourself!

With so much going on at this year’s festival, you’ll want to get there early so you don’t miss out!

To get the most out of your Beerfest experience, download the JustBeer APP for an interactive map, times of important highlights at the festival, a full exhibitor list, and keep track of your favorite beers at the event.