Beer Varieties: How Did We Get To Here (Part One) - Alberta Beer Festivals

Home/Uncategorised/Beer Varieties: How Did We Get To Here (Part One) 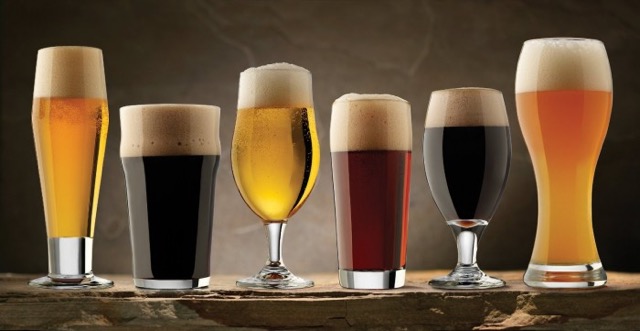 When you wander through the beer section of a liquor store, or look at a beer menu in a pub or restaurant, it can become a little daunting trying to wade through the varieties of beers that are available in this province. Since Alberta privatized its liquor distribution in 1993, it has become home to the greatest selection of wine, beer and spirits in Canada. Then we get to add to that the tremendous growth in Alberta brewing in the last 2 years (over 40 breweries opening in 2015-17), and you now have a base of over 4000 beers to choose from.

Four thousand beers! Twenty some-odd years ago, there were only a couple of hundred choices. Where did all this beer come from? Well, with privatization came a growth in import companies, who have access to almost every form of liquor available on earth. When Alberta’s borders opened up to the importation of thousands of new liquors, it was wine that expanded first, then hard spirits. Finally, about the turn of this century, we caught on to beer. Part of this was a result of an interest in the now maturing US craft brewing scene, and part of it was an expansion into the long overlooked European beer market that wasn’t just simple lagers. As a result, more beer styles from the UK, Germany, and especially Belgium started to show up on liquor store shelves and in restaurants.

Which begs the question; since most of these European beers have been around for hundreds of years, why did it take so long for them to arrive here? It’s not an easy answer, but let’s just say the competition of North American Big Brewery Beer proved to be a bit intimidating to tiny little import companies. In addition, the palate of the average Alberta beer drinker, raised on Molson Canadian, Kokanee, and Budweiser, was not exactly craving these beers. However, thanks to some devoted beer lovers, the tide has been turning slowly.

So how did all these beers come into being in the first place? Well, as beer has been around for about 10,000 years, it has had lots of time to evolve. The first beers were simple ales, as the yeast used was easier to work with. Ales dominated beers until around 1420, when, due to a number of factors, lager yeast emerged. To this day, lagers and ales are the main groups of beer, with the addition of hybrids (which have the characteristics of both). Even though beer is usually made with just four ingredients (malt, hops, yeast, and water), there are multiple varieties of each ingredient, and how the individual brewmaster develops his recipe is what makes each beer unique.

Next month we will look at how many of these styles arose historically. In the meantime, plan to take in Calgary International Beerfest May 5-6 or the Edmonton Craft Beer Festival June 2-3, to try a whole array of different varieties.