GET TO KNOW YOUR BREWER...BRUCE SAMPLE - Alberta Beer Festivals 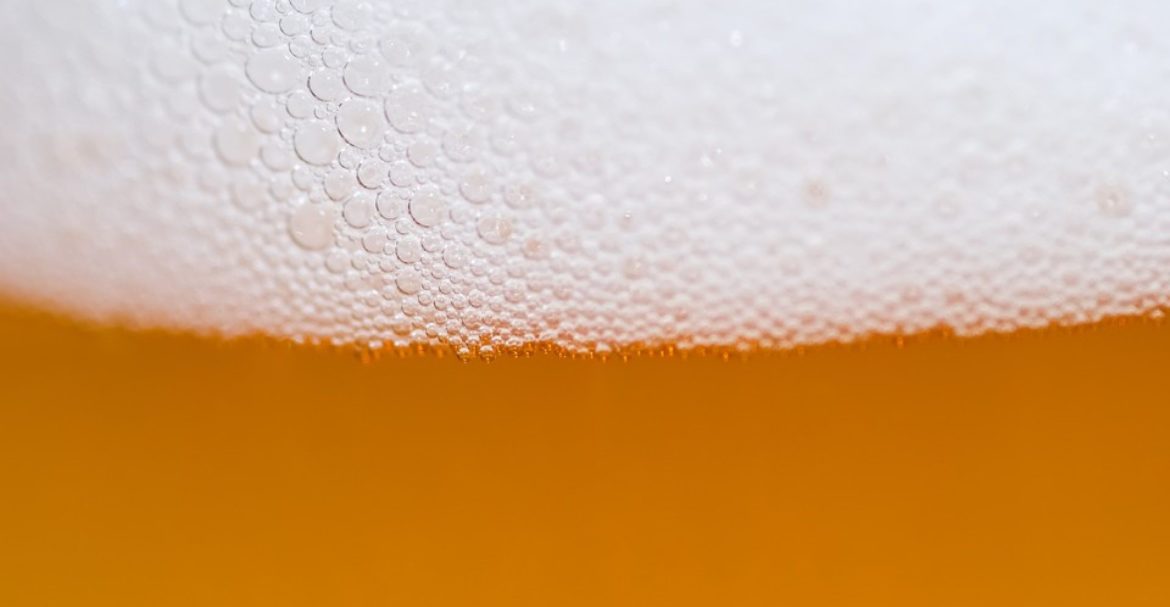 This month, we sit down with Bruce Sample from Elbeck Brews, to get his story, see why he thinks his beers would best be served at King Arthur’s table, and learn about Clint Eastwood and his Pale Rider.

“If I could have a beer with anyone, anywhere, it would be with King Arthur and his knights at his round table. Everyone was equal at that table, and I imagine there would be some pretty great stories going around,” says Bruce Sample, head brewer for Elbeck Brews.

Bruce has a lot of experience in the industry, and you can trace his brewing roots back quite a ways. “If I hadn’t moved to Texas, I probably wouldn’t have gotten into craft beer. My wife was a nurse and couldn’t get a job in Alberta. We moved to Texas for her to get a job, and in the early 90s, there weren’t any craft breweries – when they changed the brew on premise laws, that all changed. I spent a lot of time searching out craft beer there. Clint Eastwood had a red ale called Pale Rider – had a picture of him on the can. Brewed in Austin. He wanted to compete with Paul Newman and his salad dressings – so Clint Eastwood dabbled in home brewing and came up with that recipe.” Sample’s time in Texas had a big influence on him wanting to become a brewer, as well as the name for his brewery. “I started brewing my own – I was installing CO2 and draft systems – we installed the first craft brewery in Houston – a brewery called Village – and I just fell in love with craft beer. We lived on Elbeck street in Houston so that’s where the name of the brewery came from.”

His true roots in beer go even further back than that, and he is definitely someone who has a wide range of experience in the industry. “My parent’s had a farm – so I’ve grown barley. In Houston I worked for Pepsi doing production. I worked two jobs to put myself through school – then took a brewing course in Torrence California in 1997.  Lots of bottling, refridgeration, plumbing, electrical, homebrewing – I’ve seen the industry from all sides. I’ve worked for Alleykat – volunteered there in 99, then started working there in 2002. Helped assemble their first bottling line. Then I went to Hogshead – built the brewery and recipes from the ground up. Just over three years there. Then I went to work for Yellowhead for a year and a half. Having the freedom to create different beers at Hogshead was the highlight of my career so far.”

And when we asked him about the highlights of his career, he had a few interesting ones. “The highlight is the reaction you get from someone who says they don’t like craft beer, then they try it at an event and a light goes off – and they realize craft beer has flavor. Meeting Michael Jackson (the beer guy, not the creepy dude) was another highlight for sure. We sat and listened to him talk about beer for 4 hours – he drank whatever they gave him – never took a pee break – seemed fairly quiet – but such a neat guy – he sounded classy talking about craft beer with a British accent. 30 or 40 breweries brought beer to get him to taste it. They took him out one night in California (Ray Daniels and Dr. Paul) took him out for dinner, and the singer Michael Jackson was sitting at another table – they told him and he didn’t know who that was – neither of them probably knew of each other.”

And the funniest moments? “Dealing with some people at events – there are some pretty great lines from people trying to get free beer from me.  One guy was being escorted out when he broke away, ran over to my booth and asked for a beer to go.”

If you sit down with Bruce to discuss beer, it doesn’t take long for you to realize how passionate the man is about his craft. “If you’re going to brew beer, you have to be passionate. It is hard word. You have to be involved in your community to make things work. My beers are about 80% local ingredients. RAHR , Red Shed, Grandma B’s Honey – that’s where I get a lot of my ingredients. I brew with passion. I love brewing, and I love making beers that make people go ‘Wow!’ I want my beers to be well balanced. I want them to be full of flavors – top of your mouth, back of your tongue, and then a moment later even more flavour.”

Bruce is a craft beer veteran. He’s seen a lot in his years, so it only makes sense to ask him what he thinks about the way things are going. “I’ve seen a change in the industry. With so many people getting into craft beer, you’ve got schools now for training. Getting a lot of younger people coming into it. Used to be people looking for a change in careers, now people are setting out in that direction right out of the gate. The young people have a lot more drive and they are taking the industry to new places.”

And speaking of new places, where does he hope to be in a year? “A year from now, I hope I’ll have the plans to do a microbrewery brewpub – have people involved who love craft beer – still working on the location – have a place on the lake in Barhead, or in the Edmonton area.”

As with everything, good people don’t just develop character on their own. They learn a lot of things from others along the way. Who Bruce looked up to growing up says a lot about who he is, but it also explains why he is the friendly, humble, hard-working person he is. “My role model was my dad. Hard worker, dedicated guy. Your handshake is your word – and you stick with your word. If you promise someone you are going to do something, you do it. That’s worth more than anything else.”

We wish Bruce all the best as he pursues his dream of opening his own brewery. We encourage you to come out and meet Bruce this weekend at the Edmonton Craft Beer Festival. Check out Elbeck Brews, and all the other amazing breweries we’ll have at this year’s events.