GET TO KNOW YOUR BREWER…LUKE WOOLDRIDGE - Alberta Beer Festivals 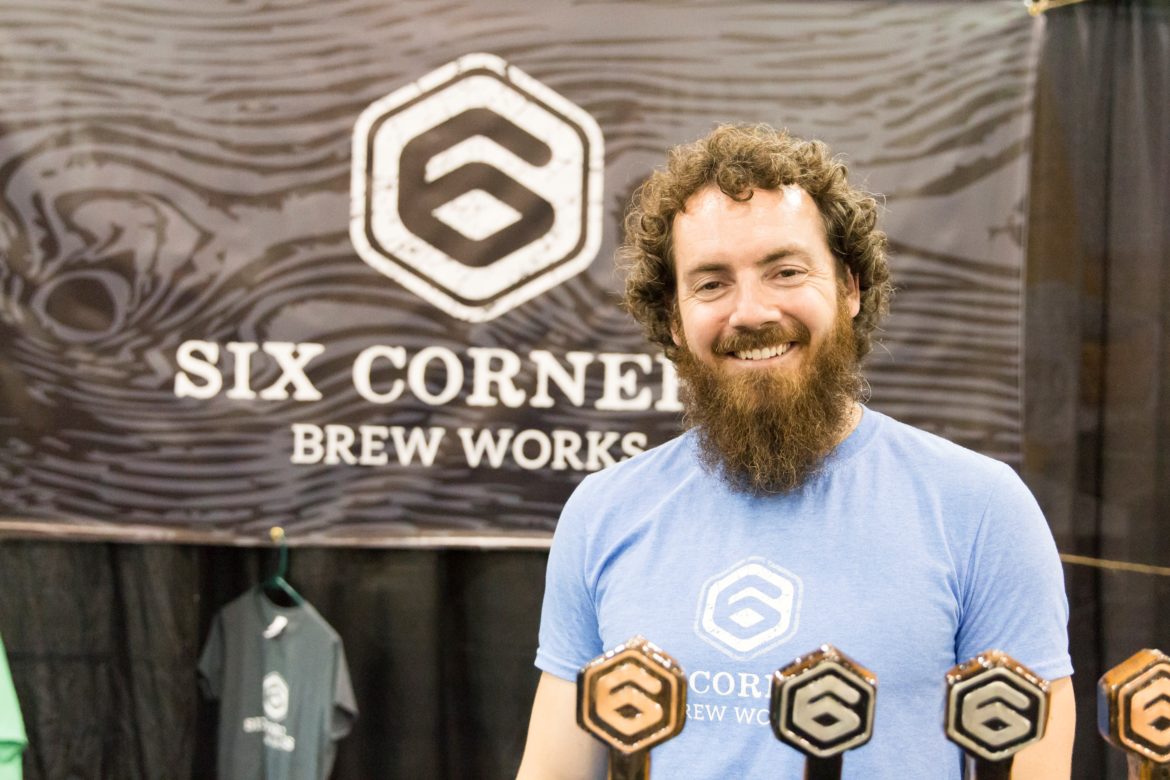 This month, we sit down with Luke Wooldridge, brew master for 6 Corners Brew Works, to get his story, and find out if he really does have an IPA super power.

Anyone who has ever started a business of any kind will tell you – it’s hard. Harder than you ever thought it was going to be. Harder because you end up having to learn how to do so many things that you never knew you would. It is a daunting task – but it can also be transformative. When we sat down with Luke Wooldridge, brew master for 6 Corners Brew Works, we got some insight on the challenges – and the triumphs – of opening your own brewery.

“Opening a brewery has been on my mind since before I went to Scotland to train as a brew master,” says Wooldridge. “I always thought it would be great to have my own brewery. I remember watching my dad homebrew as a kid – I was really young, I just remember the smell and the mess – watching the carboy churn as the fermentation happened. I was in my late teens when I started reading home brewing books. Brewing was always something that I thought I could be happy doing.”

The hardest part so far? “Lots of things to learn – starting a new business – so much you have never dealt with before – setting up the corporation – sales and marketing, which is not my strength – things I’ve never done before. It is a massive project to build a brewery – pretty daunting. It’s been a busy few years and there is still a lot to do. To be honest, the brewing is the easiest part for me right now – the brewing is my holiday – I’m still excited to do it every day.”

The road to becoming a brewer took a few interesting detours along the way. “I actually studied science in University – was headed towards a career in medicine – when I made the change. I had been passionate about it for a long time and decided to chase that passion. I signed up for a master’s degree in brewing at Harriet Watt University in Edinburgh, Scotland. I was immersed in learning all the technical and science based aspects of brewing and distilling.”

Some of you might already think that being able to brew an incredible beer is a super power – but Luke thinks his ‘Brewer Super Power’ lies somewhere else. “My Brewer Super Power would be convincing people who think they don’t like IPAs to try it. I’ve convinced a few people at beer festivals – and there are a lot of people who are surprised by how much they like it.”

The whole experience so far seems to have been both a literal and figurative ‘journey’ for Luke. “I worked at Paddock Wood Brewing, then Brewsters, and after that some consulting on the side. Then once I got Six Corners Brew Works started, we brewed our first two beers at Churchill Brewing in Saskatoon. Then we brewed our next beers with Paddock Wood, and now Coulee Brewing as well.  Our goal is to connect our beer to the local area – and we are now in the unique position where we put ourselves forward as local, and have had to make our beers elsewhere so far. We work hard to be engaged in the community. We use a lot of Alberta malt barley in our beers which ties us into the agricultural aspect of things. We’re Okotoks based and committed to opening a brewery there. Six Corners is an intersection where roads come together near Longview – my brother and I used to use #6 on our sports jerseys – so that is where our name comes from.  Our goal is that a year or so from now, you’ll be able to visit us at our own brewery.”

And the journey continues. “It’s been hard at times, but what an experience. My role models are my parents – they gave me a good work ethic and demonstrated good values. They taught me everything I needed to do this – and they’ve been behind me every step of the way. One of the highlights for me has been seeing people’s reactions to the beer – they’ll take a sip, start raving about it, then call out to a friend that they have to come try it. As a brewer, that is really gratifying.”

“When I started, I had some idea what it would be like – but I still find myself in places I never thought I would. One of my most unique experiences so far was at the Banff Craft Beer Festival. We were set up in the tent that first year, the crowd packed in, condensation dripping off the roof – such an awesome atmosphere. Getting my beers in people’s hands and seeing their reactions – yeah, those are some highlights of the journey so far.”

We encourage you to come out and meet Luke at one of our spring festivals. Check out Six Corners Brew Works, and all the other amazing breweries we’ll have at this year’s events.