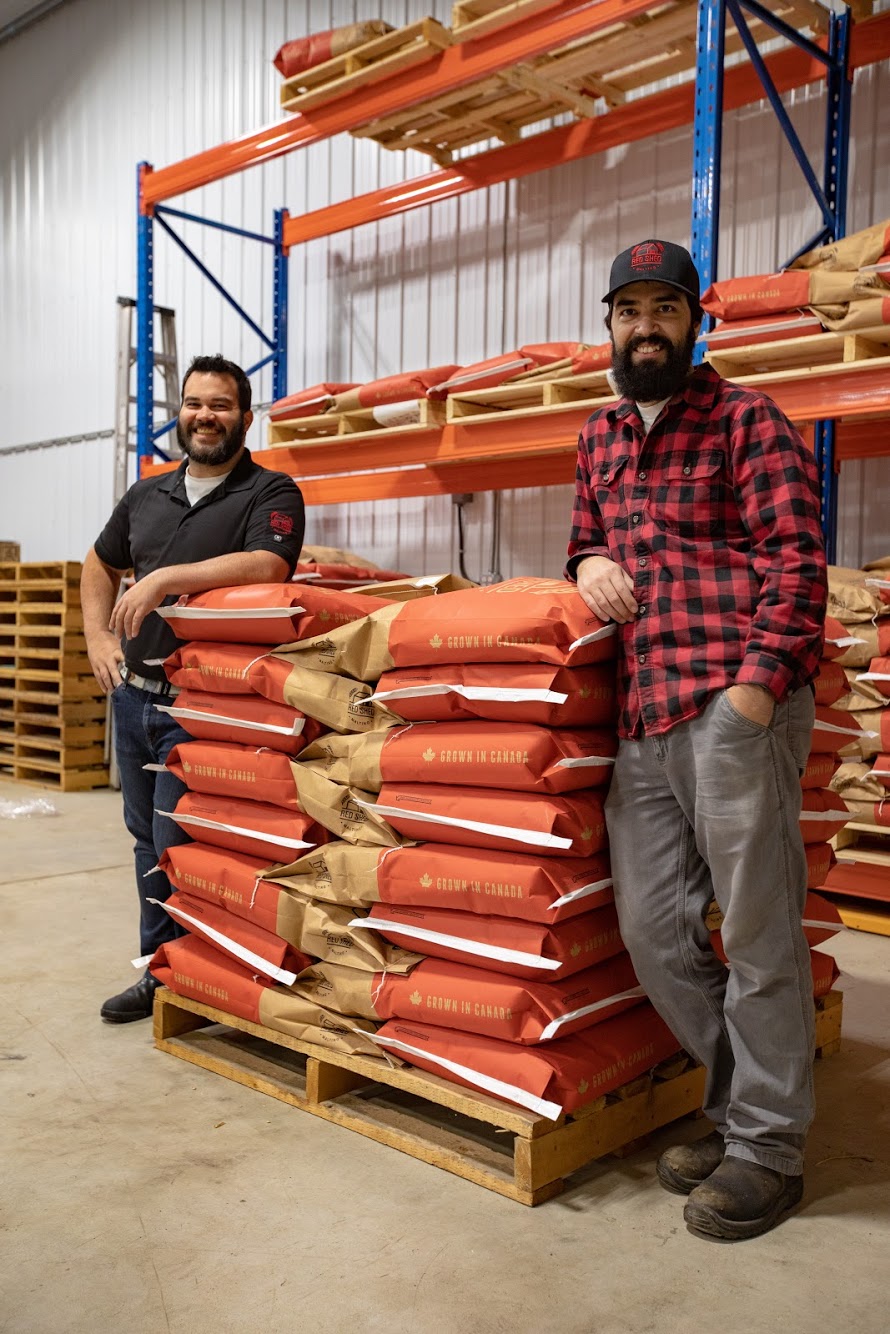 Alberta Beer Festivals’ mission is to provide the ultimate beer & spirit experience at each of their 6 events. We are proud to share the stories, passions and products of the incredible breweries and distilleries that help make our shows so great!

A lover of music, people, and great memories with great beer, Matt Hamill is in charge of sales and malting at Red Shed Malting. He started out looking into malting when his brother, Joe Hamill, decided to do some home brewing which included their dad’s barley.

Joe and Matt went to a Malt Academy in Winnipeg at the Canadian Malt Barley Technical Centre, where Matt was named 2017’s Nuffield Scholar. He was able to help open doors to businesses in New Zealand, Australia, Brazil and the United States. To sum it up, it was a whole lot of reading, googling and touring around. After a decade of business and agriculture banking, Matt understood the life of an entrepreneur. Starting Red Shed required time, skills and the passion from Matt’s family: Susie – his mother, John – his dad, Joe – his brother, Daelyn – Joe’s wife, and of course, Matt Hamill himself.

After a Big Rock tour, they found that many breweries imported all of their roasted malts from outside of Canada. So, they decided to jump on the opportunity, and gave birth to what we know today as Red Shed Malting.

Red Shed loves being the middle-man between the farmer and the brewer. They believe that it is important for their consumers to know where their food and drinks come from. Red Shed’s malt is local, sustainable and traceable and it is what makes them think local and act global. They are proud whenever their barley is in a new beer, but it wouldn’t have happened without the support of the incredible people in the craft beer industry that helped Red Shed Malting along the way.

If you had a brewer super power, what would it be and why?
I’m really jealous of the brewers who just know how any ingredient is going to work in a recipe; to be able to design a recipe and know that the malt, hops and yeast are all going to work together without doing pilot brews.

If you weren’t doing this, what would you be doing?
I would be taking more naps, I really miss naps.

What is a little-known fact about you?
I thought penguins were over six feet tall throughout my childhood and adolescence… damn Danny DeVito and Billy Madison!

What was the first beer you ever remember trying? Which beer was your first craft beer?
Big Rock’s Traditional Ale was probably the first Alberta Craft Beer I had. It might have been at the Vat in Red Deer, but New Belgium’s Fat Tire was also one of the first beers that opened my eyes to what was possible in the world of beer.

Lesson from, or experience with, an early mentor – how did that shape you?
One of the first beers we were in was the Village Gardener. That was when I met Jim Button. He sets the example that so many people in the industry follow. When people ask why the craft beer industry in Alberta is as collaborative as it is, I always give Jim Button the credit – the Village Gardener and the Village Friend are such great examples of unique, and inspirational collaborations.

What’s the hardest thing you’ve had to face so far?
Finding malting equipment was a struggle because there wasn’t anything readily available as small as we wanted. We didn’t have the expertise to draw up plans and bring it in somewhere locally. There were prototypes and drawings from companies in Germany, but neither company had actually sold a system yet.

How is your beer connected to the local area/community?
2018 was special, as farmers, we rotate crops to improve soil health. This year, barley was grown on the same quarter section as the malt house. It was also the year we did our first brew.  So, it was really neat to grow the barley, malt it, roast it, and brew with it all at the same place.

What’s unique about your beer? How does it stand out from the crowd?
Having the only malt roaster in Canada makes us unique and allows our customers to make something unique – if you want to make a stout or porter from only Canadian ingredients you have to use our malts.

Who is the most interesting person that has visited the brewery and why do you think that?
The CMBTC (Canadian Malt Barley Technical Centre) organized a delegation of Chinese barley buyers to tour through Western Canada.  Hamill Farms and Red Shed Malting was included in the tour as we had several of the latest barley varieties available to see including Synergy and Connect.  Several of these visitors were each in charge of purchasing hundreds of thousands of tons of barley every year. This is a truly astonishing amount of barley.  For reference: Red Shed can produce 200 tons of malt in a year, Hamill Farms grows ~1500 tons of malt barley in a year, Rahr’s Alix plant does about 140,000 tons per year.  One buyer had a malt plant that produced 600,000 tons of malt, this is enough to make more than 7 billion cans of beers, a beer for everyone on the planet!

What would you tell someone who wanted to start a brewery?
This might come from my banking background – but have a business plan and know your numbers.  Even if things don’t go as planned – and they won’t – you need to know how changes will impact the bottom line.

What are 3 lessons about life you have learned so far?
Be kind to everyone. You’ll never stop learning. Keep moving forward.

Come check out Red Shed Malting at one of our 6 events: