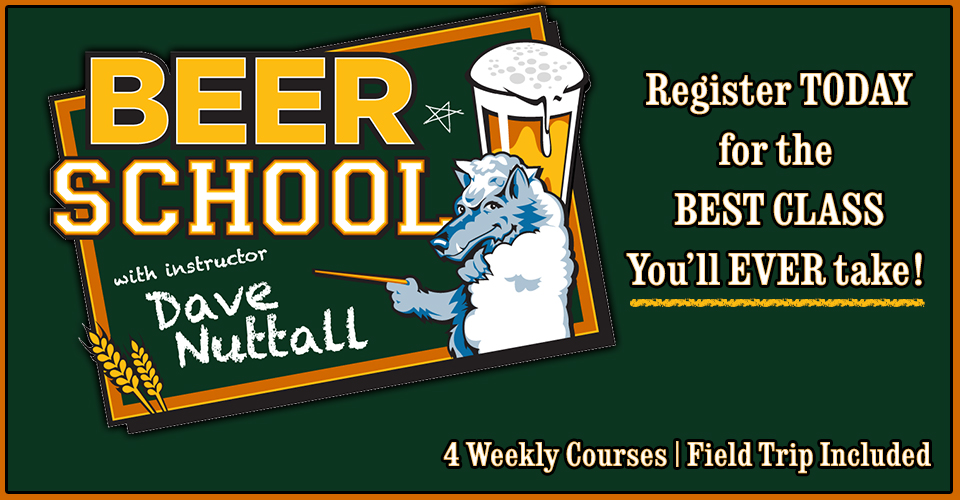 2016 has finally arrived! For those of you vowing to learn something new this year, why not learn a bit more about the world’s third most popular beverage? Why are certain styles of beer easier to come by, in far off corners of the world? Do you know why Alberta produces ales predominantly? There are answers to these questions, and yes, you can become knowledgeable on the subject of beer. Alberta Beer Festival’s Beer School is back for another year of classes to help you become enlightened on all things lagers and ales.

Register for Alberta Beer Festivals’ Beer School and learn not only how beer is made, but understand its components and taste all the major beer categories.This four part “course” will have “classes” held over a four week period, with a “field trip” to one of Calgary’s breweries included.

Your “instructor” for Beer School is David Nuttall, who has worked in almost all aspects of the liquor industry since his university days. For the past 15 years, he has been concentrating on the wonderful world of beers, and has appeared on CBC Radio, and currently writes (mostly) about beer for Culinaire magazine. He is the current Judging Co-ordinator for Calgary International Beerfest and completed the Beer Judge Certification Program in 2012.

The four week course is broken down as follows:

These classes are recurring on a monthly basis, so if one session has already been filled, you can still purchase a registration spot for a future session. There will also be an opportunity for you to become a judge for the Calgary International Beerfest. If you would like to register for Alberta Beer Festival’s Beer School, Click Here