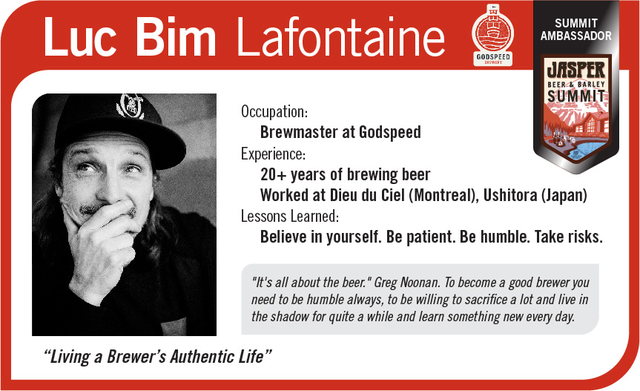 We already knew that Luc ‘Bim’ Lafontaine had incredible talents as a brewer – but after we sent him our interview questions for him to read in advance – we were pleasantly surprised to learn that he is also both a fantastic writer and a man who lives an authentic life. Bim had taken the time to write out his answers to us – and as you’ll be able to read below, he is a man who has followed his passions – and as Dragos Bratasanu once wrote, “People become great only in the face of adversity.” We have left Bim’s answers as he sent them to us – and we think they will not only give you insight into this incredible man – but also give you reason to join us at the upcoming Jasper Beer & Barley Summit in February.