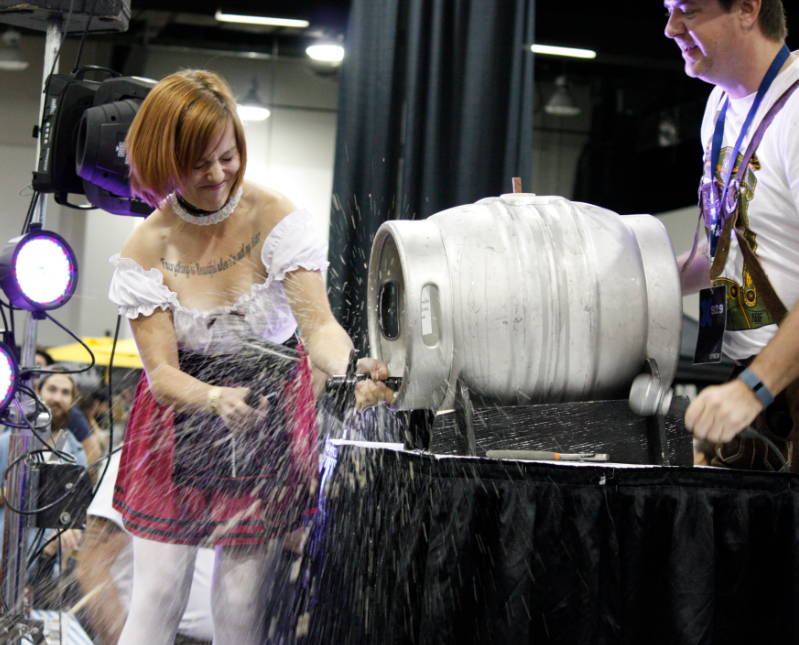 The tradition at Oktoberfest in Munich is that no one gets a beer until the Mayor taps the first keg. With Calgary Oktoberfest (Sept 23/24) and Edmonton Oktoberfest (Sept 30/Oct 1) as the opening and closing ceremonies to Alberta Beer Week, expect the beer and the good times to flow once municipal and provincial politicians help tap the first kegs at each event. “We’ve always put our own unique twist on the tapping of the first keg,” said Mark Kondrat, one of the Managing Partners of Alberta Beer Festivals. “We’ve had the mayor, Olympic athletes, municipal and provincial politicians – it’s a great way to kick things off in style.”

Doors open to both Calgary and Edmonton Oktoberfest at 4pm – we’ll be cheating a little bit as sampling begins right at 4pm and the first casks will be tapped at 5pm.

About Calgary Oktoberfest, Edmonton Oktoberfest, and Alberta Beer Week! Alberta Beer Festivals is proud to announce that Calgary Oktoberfest (September 23/24) will once again be the opening ceremonies for Alberta Beer Week, with Edmonton Oktoberfest (Sept. 30 / Oct. 1) acting as the closing ceremonies the following weekend! Both events are sampling events and will allow people to sample some of Alberta’s amazing breweries as well as breweries from across Canada and around the world. There will also be amazing restaurants and eateries on site to sample from, authentic Bavarian dancers, an official Oompah band, games, singing, and more! We encourage everyone to get in the spirit and dress up in Dirndl or Liederhosen to get even more into this worldwide celebration of beer! Anyone who does dress up will could win a trip for 2 to the BANFF CRAFT BEER FESTIVAL!