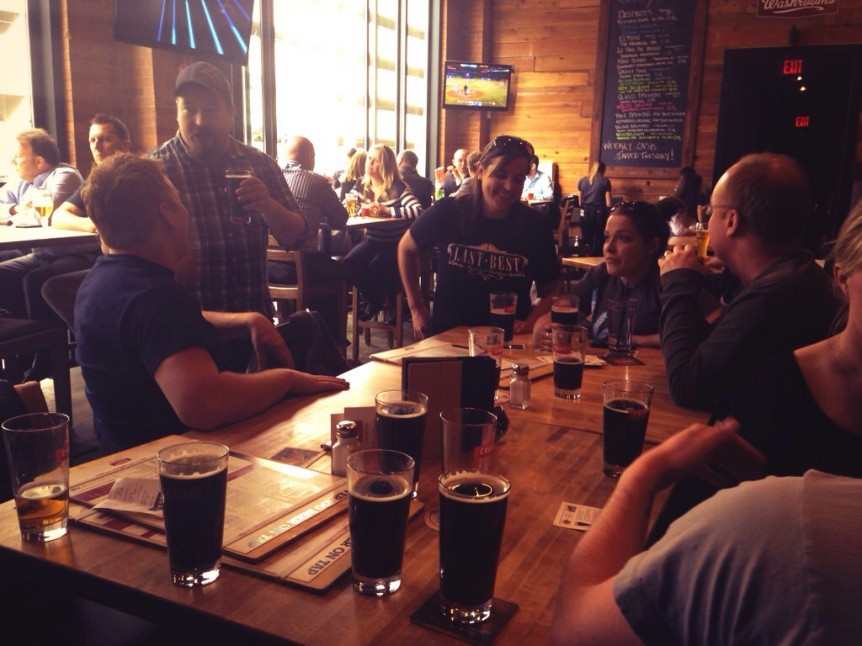 by Adam Seguin of westernsuds.com

The Calgary International Beerfest will be celebrating 10 years this May. That’s a decade of beer events! Can you imagine how many pints have been enjoyed during that time? Or how many people were introduced to new beers that they had never heard of before? When you start to think about it in that sense, these guys are like ambassadors of craft beer culture in Alberta.

And the culture surrounding craft beer has certainly grown during the decade. The idea for the Calgary Beerfest was born when long-time friends Bill & Mark decided to throw a beer tasting event to raise some cash for a local charity. Bill told me that they expected to get some friends to come out for the party; they never thought that they would attract nearly 1,000 people!

After this initial party word spread and businesses started to send requests for the two beer organizers to put on similar events for them. There seemed to be a market in Calgary that had a thirst for… well, beer.

Initially the Calgary International Beerfest was held on the SAIT Campus. As it grew they had had to change locations to the Big Four Centre on the Calgary Stampede Grounds. But they outgrew that venue as well and have been at the BMO Centre for the last couple of years. This year will be their 1st time occupying all 3 of the halls (I guess this whole craft beer thing is catching on eh?)

The creation of the Olds College Brewmaster & Brewery Operations Management program is proof that craft beer culture has grown in Alberta. There are only 3 programs like this in Canada (Niagara College & Kwantlen being the others).  I feel quite privileged  to have them here. 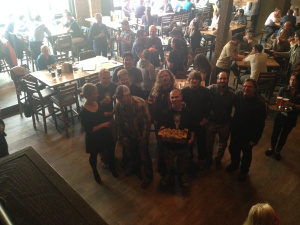 I can’t wait to see how the first wave of students impacts the Alberta craft beer scene once they graduate from the program. They will be hitting the local brewing scene armed with a sound basis in theory and hands on experience from the brewing at the college brewery (you pick up a growler to check out their hard work).

In fact, they are already having an impact on the local scene. The Craft Beer Market has had their Prairie Gold IPA on tap as well as the beer that they created to commemorate 10 years of Alberta Beer Festivals.

The students over at Olds College decided to show their appreciation for what Alberta Beer Festivals have accomplished by brewing up a special beer for this milestone. 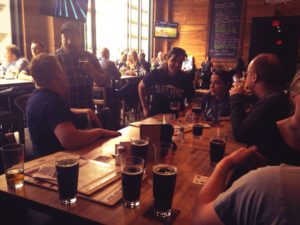 Mix people with some good beer and you end up with great conversation.

The result was a scrumptious roasted- pecan brown ale! This brown ale was more like a Northern English style in that it was not sweet. The nuttiness and roasted malts were the shining beacons here. I was quite taken by how present the flavour of the roasted pecans were and enjoyed the hop bitterness in the finish.

In case you missed the Calgary launch of #10 Browning Street do not panic, it is still on tap at Craft Beer Market.  And for everyone living in the YEG area, there will be a launch party held at Beer Revolution.  Plus it will be available at both Alberta Beer Festivals (Calgary & Edmonton).

So when you are having this beer think about the 10 years of beerfests that have helped get us to the point where Alberta can offer a college diploma in brewing. Cheers to beer festivals & local craft beer!