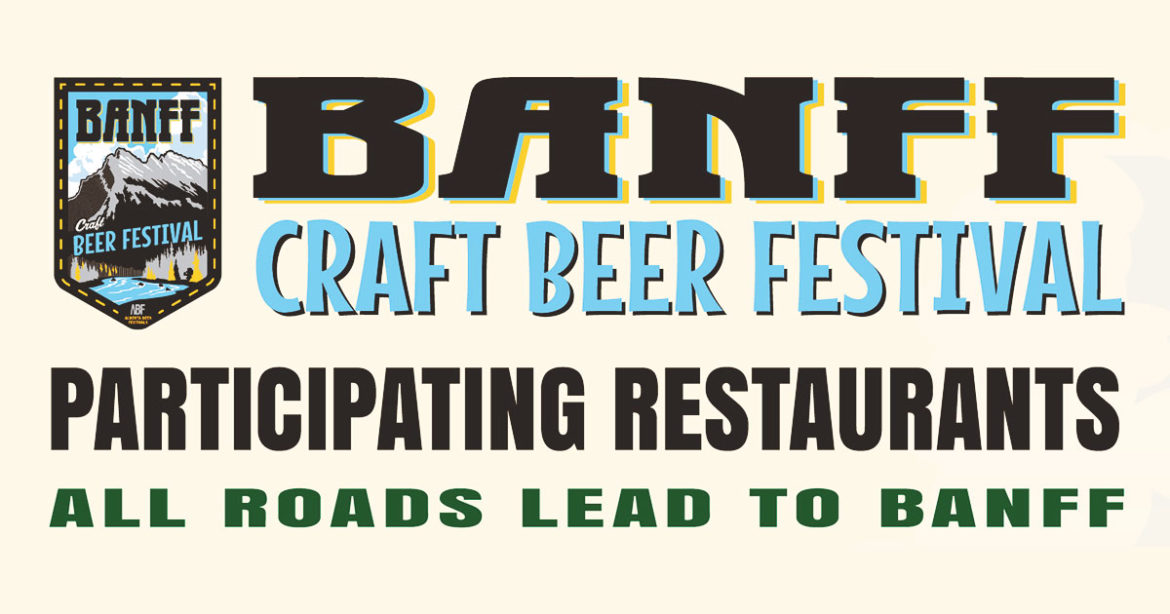 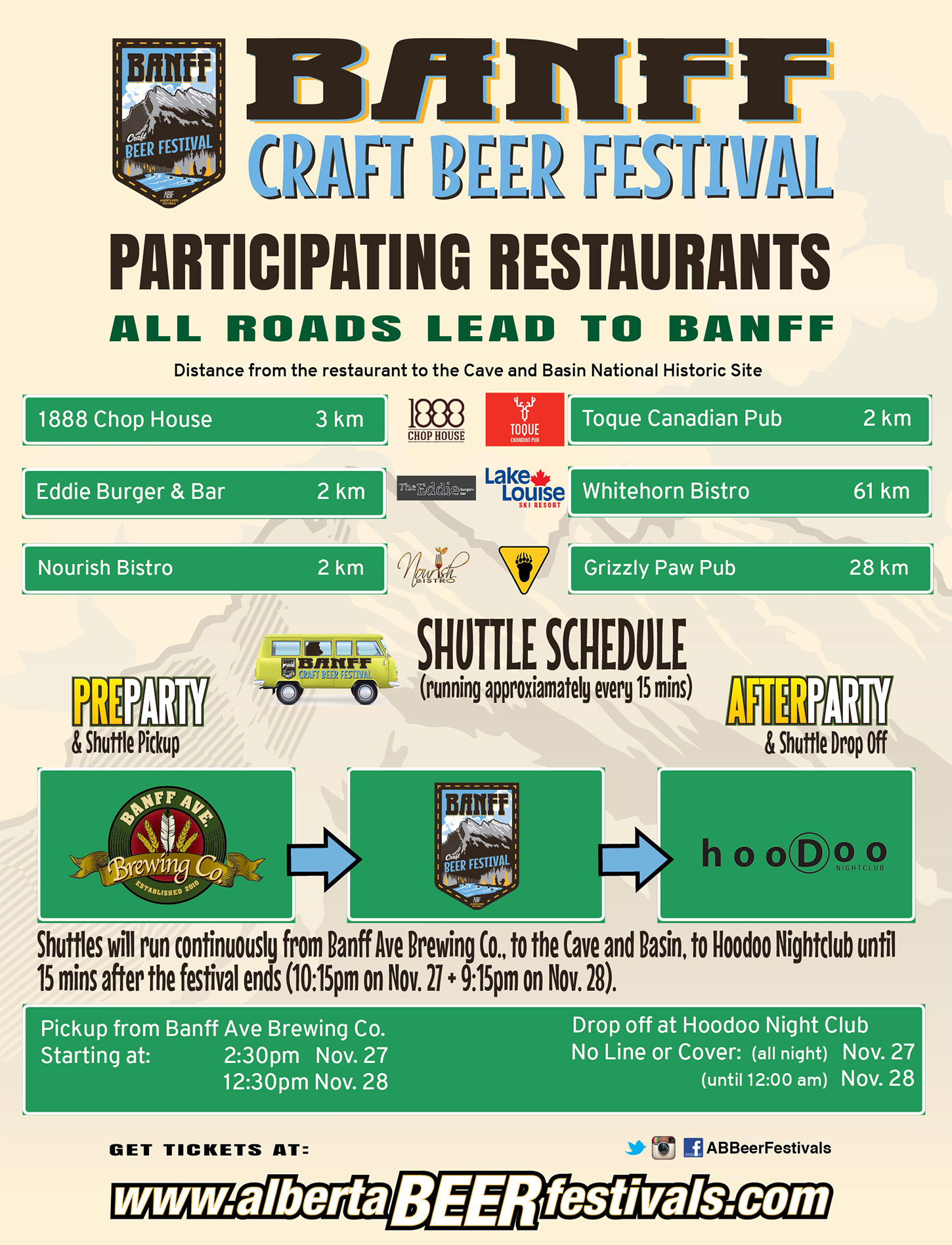 Alberta Beer Festivals is pleased to announce the list of restaurants participating in the world’s most beautiful beer festival, the Banff Craft Beer Festival, taking place on November 27 & 28 at the historic Cave and Basin National Historic Site. There are 4 local banff restaurants involved, along with representation from Lake Louise Ski Resort, and Canmore, Alberta. Festival Patrons can expect to try deliciously fresh foods from some of the best eateries in to Rockies.

The world’s most beautiful beer festival is the Banff Craft Beer Festival, taking place at the Cave and Basin National Historic Site on November 27 & 28. For more information, or to get tickets click here.