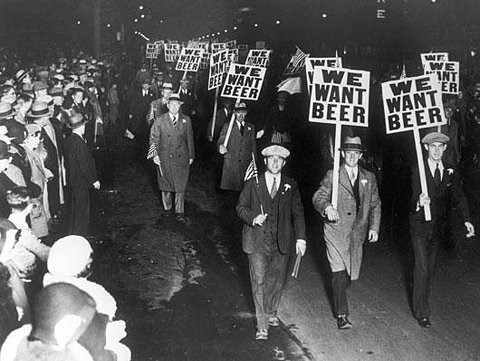 Oktoberfest – So Much Has Changed!

It’s been 207 years since Prince Ludwig married Princess Therese of Saxony-Hildburghausen in a massive event that is now known as Oktoberfest! A lot has happened in the time between then and now, and a lot has changed – yet the tradition of Oktoberfest continues to grow both in Germany and around the world.

Beyond all the world events that have occurred since then – (like 2 world wars, humans landing on the moon, and me getting to second base in grade 9), when you look at what life was like at that time, it is clear we live in a completely different world now. 1810 was the year the tin can was invented – it would be 4 years before the first photograph was taken (it happened in France and took 8 hours),  it would be 14 years before Professor Michael Faraday would invent the first toy balloon, and 17 years before Johnny Walker would invent the first match.  To put it a different way, 1810 was the year historians estimate was the first time earth’s population hit 1 billion – we are currently over 7.5 billion!

So how is it, that with the world having changed so much since the first Oktoberfest, that this event continues to capture the attention of people around the globe? Now, maybe more than ever, (thanks Trump! and texting!) – people need to find ways to connect with their community. They need to come together to celebrate – and they need things to look forward to.

Oktoberfest events around the world provide that. When you sit down at a long table covered in blue and white checkered tablecloth, a mug full of beer in hand, music, singing and dancing everywhere, there is something special about that energy. That stranger beside you will soon become a good friend, arms around each other’s shoulders, singing ‘Ein Prosit’ at the top of your lungs – with no one caring you are getting most of the words wrong!

Alberta Beer Festivals is proud of the Calgary and Edmonton Oktoberfest events they have planned this year. As with all their events, they will be supporting some great charities (Kids Up Front, the Autism and Asperbergers Friendship Society, Edmonton’s Food Bank). There will be great traditional music from the German Knights Band as well as other live music. There will be DJs keeping the party going all night. There will be authentic Oktoberfest food and Bavarian dancers. There will be outfits, and singing, and great times had by all! And of course there will be beer. 37 breweries each pouring 2 specially selected brews, plus a wide range of other beverages.

If you’ve never been – ignite your adventurous spirit and join us – and if you’ve been to the event in the past, come back and see just how much it has grown, changed and improved.