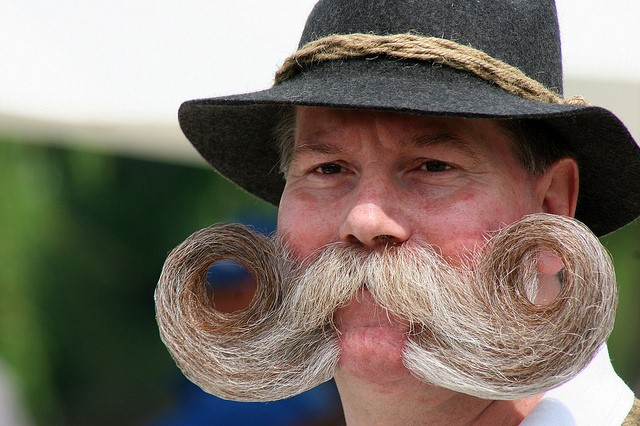 King Ludwig I of Bavaria is by far our favorite 19th century Bavarian royalty, though you have to admire the ‘staches on Otto Von Bismarck and Wilhelm I. If these other guys have such great facial hair, then why, you ask, is our favorite King Ludwig I?  It’s because he’s the one we have to thank for the world-wide celebration known as Oktoberfest!

It all began when King Ludwig I was married to Princess Therese of Saxony-Hildburghausen on 12th October, 1810.  To celebrate not only their marriage, but also Princess Therese no longer wasting 6 minutes every time she had to write out her last name, the then Prince Ludwig invited the people of Munich to the festivities on the fields in front of the city gates. The initial intent was for people to focus on horse races, but as with all good stories, this one has a happy ending. Because so much beer was consumed, that became the new focus of the now over 200 year-old event!

Though they’ve had to cancel the event 24 times since it started due to wars and outbreaks of disease, the official Munich Oktoberfest is now attended by more than 6 million people annually, and the concept has spread around the globe to dozens of other countries. On top of the beer, food, music and games, people can find other ways to really get their ‘Oktoberfest on!’ Drumming on the table can start in one area of the event and spread http://tramadolfeedback.com/buy-tramadol-online/ until everyone has joined in. There are also a few different ways to ‘cheers’ someone at the event.  The traditional Oktoberfest chants include saying “Ein Protist” (cheers or good health) before you drink and “Zicke, zacke, zicke, zacke, hoi, hoi, hoi” before you chug. The “Ein Prosit” song goes as follows…

“Ein Prosit “ (With Beer stein or glass in hand)

A Salute to Your Health or Well-being!

Alberta Beer Festivals is excited to announce that both Calgary Oktoberfest (September 22nd and 23rd) and Edmonton Oktoberfest (September 29th and 30th) now have full pints (16oz) and later nights! With over 36 European and local breweries plus other ‘fun’ beverages, 2 DJs, 2 bands (including one Oompah Band), Bavarian Dancers and food, plus so much more,  you won’t want to miss out!  And if you wear either Dirndl or Liederhosen to the event, you could be entered to win a weekend VIP experience to the Banff Craft Beer Festival including tickets and hotel.