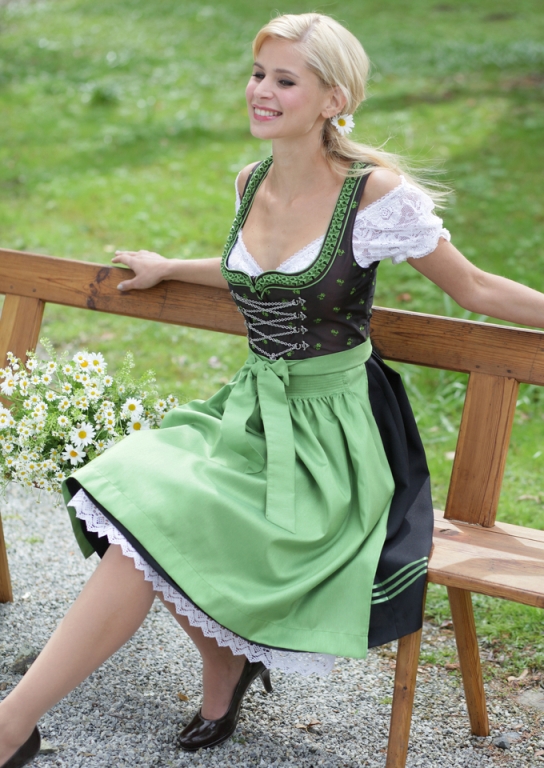 At Alberta Beer Festivals, we want all festival attendees to enjoy the atmosphere of Edmonton Oktoberfest, filled with friends and family. One of the best and most fun ways of doing that is to dress up in traditional Bavarian and German garb. Pictured above is what’s known as a dirndl, based on the historical costume of Alpine peasants.  Dirndl consists of a bodice, blouse, full skirt and apron. While appearing to be simple and plain, a properly made modern dirndl may be quite expensive as it is tailored and sometimes cut from costly hand-printed or silk fabrics.

The traditional costume for men at Edmonton Oktoberfest is known as lederhosen, which are breeches made of leather; they may be either short or knee-length. There is a widespread misconception that lederhosen are a traditional national costume (Tracht) in German-speaking countries. They should rather be considered to be workwear, or leisurewear for working-class men. Quite frankly, working-class men  often need a beer after a hard day of labour in the fields. PROST!