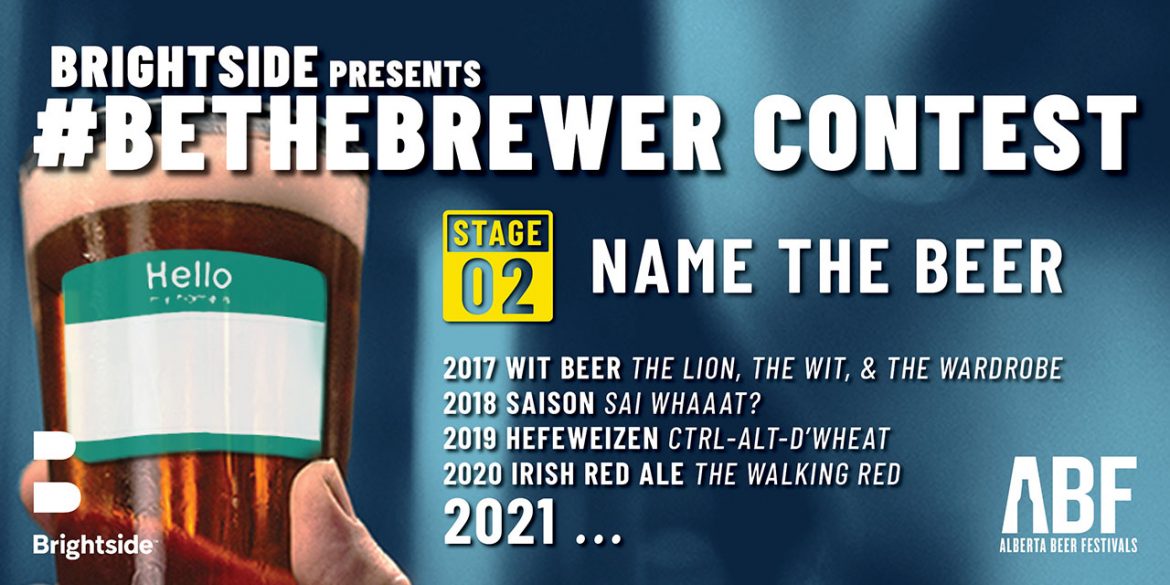 IS IT YOUR ‘DESTINY’ TO NAME THIS YEAR’S BRIGHTSIDE #BETHEBREWER BEER? WE THINK IT MIGHT BE…..

Anyone who says a name isn’t important should ask themselves, ‘Have I ever heard of a president or Nobel Prize winner called Destiny, Chase or Misty?’ Point made.

We’ve all tried to name something at some point in our lives. Maybe you’ve named a car, (I miss you Stephanie!), a kid (hopefully your own), a pet (R.I.P. P-Diddy, you were a great fish), or a partner’s special body part (like their eyes – get your mind out of the gutter!). Regardless of what you’ve tried to name, have you ever been rewarded for it? Probably not.

Well Brightside and Alberta Beer Festivals want to give you the positive naming experience you’ve always craved! In Stage 1 of the Brightside #BeTheBrewer Contest, the people have spoken and the beer style we are going to brew this year is Saskatoon Pomegranate Wheat Ale

Now we want you to NAME THAT BEER. Brightside and ABF believe the name of this year’s beer is key to giving it an identity, and in turn, getting people to try it. We’ve put together a few tips to help you name this year’s beer:

If your name is chosen, not only will you have bragging rights, you’ll also win some amazing prizes – and when the beer launches June 1st, 2021 at SYC Brewing, Bitter Sisters Brewing, Brewsters & Beer Revolution – you could be telling all your friends that they are drinking a beer that you helped brew!

Have any of the other things you’ve tried to name in your life ever done that for you? Didn’t think so.

WHAT CAN YOU WIN IN THE #BETHEBREWER CONTEST?

Click here to see the prizes that can be won!