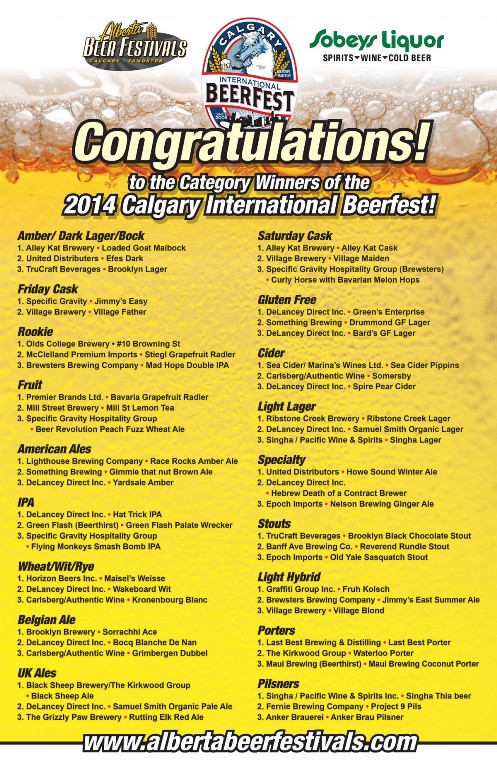 Fresh off the weekend festivities, Alberta Beer Festivals is pleased to announce the list of winners for their prestigious beer judging competition. There were 18 categories in the competition, with Gold, Silver and Bronze medals handed out to the winners in each category. With well over 150 entries, official BJCP  and celebrity judges had a sizable task set before them in picking the best in each category. Winners were given their awards during the final hours of the festival, keeping the mood at the BMO Centre , in Calgary, high. 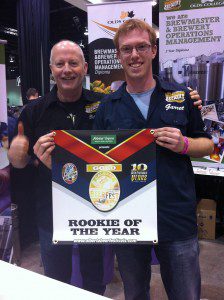