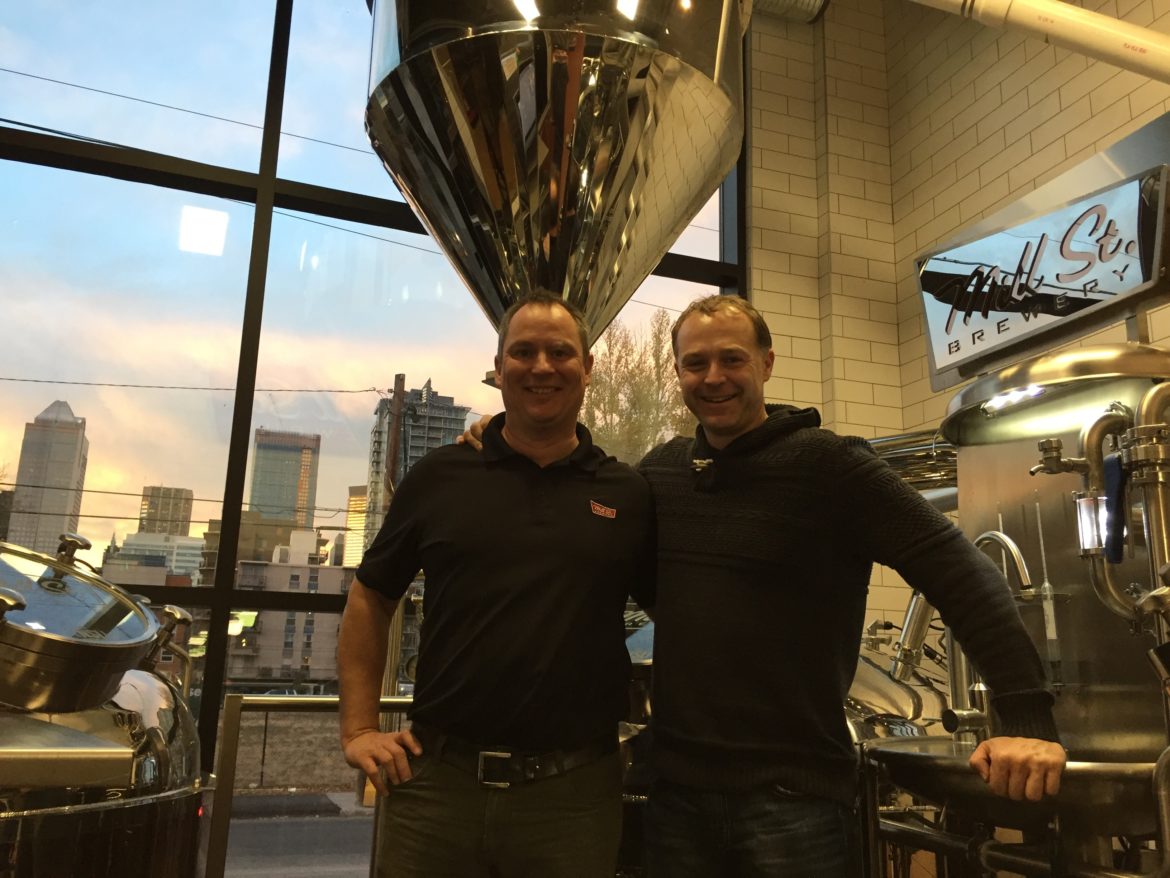 “This brewery has been 4 years in the making. We’re really excited to be opening the doors to the people of Alberta,” said Joel Manning, Head Brewer for Mill Street. This long time coming brewery joins other Mill Street breweries in Ottawa, Toronto and St. John’s. “Once Calgary has been open for a bit, we’re going to be having the 4 breweries share the different beers they make with each other. You’ll be able to try different beers from other parts of the country.”

Opened inside the former Republik nightclub, originally the Costigan House, Mill Street Brewery has partnered with Creative Restaurants to get things up and running. “They have done an absolutely amazing job with what they have created here,” said Dillon Stecyk, Director of Sales and Marketing for Alberta Beer Festivals. “It was well worth the wait.”

With what is in the tanks, Mill Street has 13 beers currently on the go! As the largest producer of organic beer in Canada, they bring a new dynamic to the Alberta craft beer scene.

Mill St. will be joining over 30 other craft brewers and craft distillers at the upcoming Banff Craft Beer Festival, November 25th and 26th at the historic Cave and Basin in Banff, Alberta, Canada. For more details, hotel packages, or tickets to the world’s most beautiful beer festival, visit: www.albertabeerfestivals.com