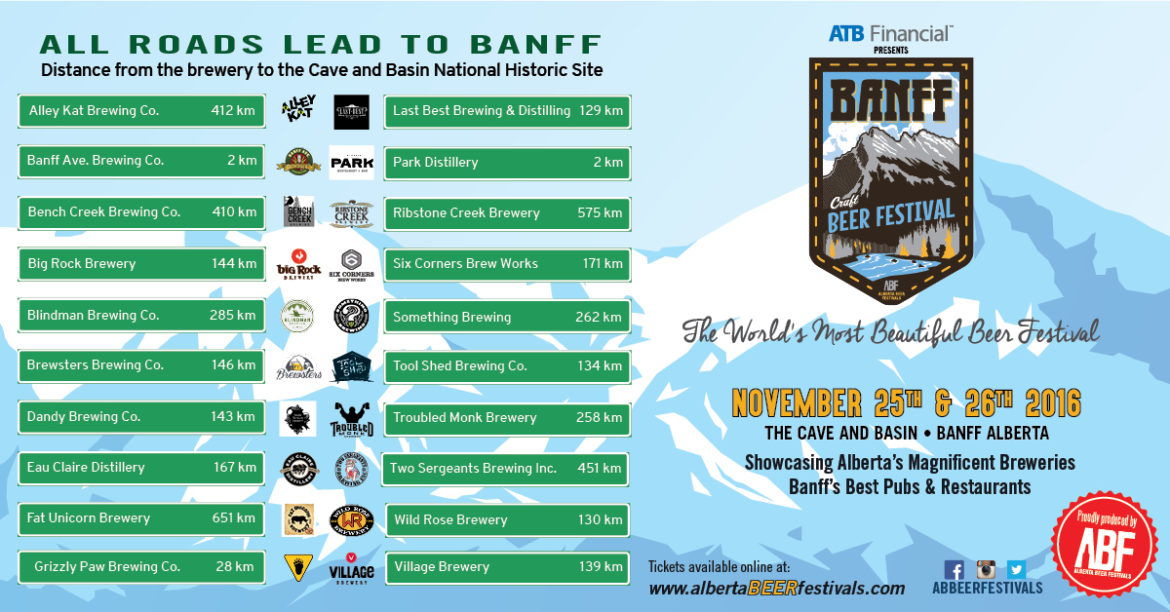 The Most Beautiful Beer Festival Video in the World

ATB Financial and ABF proudly presents the Banff Craft Beer Festival – November 25th and 26th.  Join us for the most beautiful beer festival in the world as we celebrate the craft beer culture in Alberta. Hosted at the historic Cave and Basin, birthplace of Canada’s National Parks, the Banff Craft Beer Festival is like no other beer festival in the world!

All Roads Lead to Banff! “ABF is proud to showcase all that the Alberta Craft Brewers and Craft Distillers have to offer,” says Mark Kondrat, Director of Operations at Alberta Beer Festivals. “People are very excited about the festival – and this video shows everyone just how special this festival is!”

CLICK HERE to see the 2016 ABF Video – ‘All Roads Lead to Banff’ to get a snapshot of some of the amazing craft brewers and distillers that will be at this year’s event!  The Alberta brewing and distilling community will be taking an epic road trip to Banff’s Cave and Basin on November 25th & 26th to showcase Alberta’s craft beer, spirits…and the chance to experience the mountain life in Banff!

Available at www.myshowpass.com/2016-banff-craft-beer-festival
Hotel and Event Ticket packages at www.bestofbanff.com/banff-beer-festival