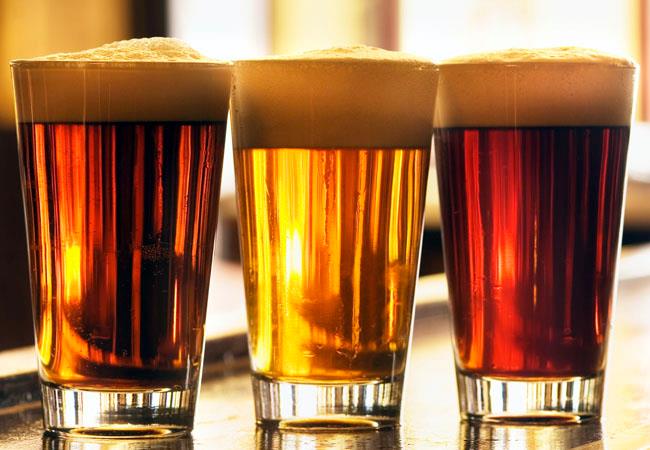 In this series, we are looking at the four main roots of beer. Last month we examined those styles that evolved over time. Two others are either a local interpretation of a style or an intentional attempt to create something different. This column will focus on purposeful modifications of an existing style and how to find them at the Calgary International Beerfest and the Edmonton Craft Beer Festival.

Beers of this style sometimes came about as a result of necessity. For example, both Imperial Stouts and Barley Wines were born out of desire to appease nobility, while the IPA was invented specifically to travel long distances by sea. Many other styles exist, and it can be argued that almost every modern craft brewery today purposefully modifies already existing beer styles to create their own “unique” brew. However, here we will demonstrate how and why styles can get modified by focusing on a couple of examples.

The most famous of this category is the British IPA, if only because it is responsible for all those modern American interpretations out there. Back in the late 18th century, while the British were sending their armies and navies to the four corners of the planet, there became a need to keep their troops hydrated with something other than the local (usually undrinkable) water. With no breweries located in these far flung countries, transporting their own beer was the only option. However, it was soon discovered the standard British ales could not survive the several month journey to Australia or India. What was needed was a heavily hopped, higher alcohol beer, with both qualities acting as preservatives. By the early 1800s, several British breweries had begun producing the newly named India Pale Ale (IPA) as a variant to their normal pale ales and ordinary bitters. While it has had many interpretations throughout the centuries, the original IPA style proved to be popular enough to become its own distinct style.

You will find hundreds of IPAs at the beerfests, but do yourself a favour and search out a British IPA. If you are used to the North American craft beer style, the original IPA will surprise you. Its bitterness will be more subdued, and it has more malt sweetness. It will also have none of the citrus/pine flavour that comes from American hops. Look for British breweries, or craft breweries who brew this style.

The Imperial Stout (sometimes called Russian Imperial Stout) appeared in the late 1700s as a creation for the Russian Imperial Court, most notably Catherine the Great. She had become enamoured with the stouts of the Courage Brewery of London, but they tended to freeze at certain times of the year when they were shipped over the Baltic Sea to Russia. The solution was to make a stout with a higher alcohol level, which allowed brewers to add additional hops, with any additional bitterness covered up by a huge dark malt profile. The full bodied nature of these beers also allows for extensive aging, and some of these beers can survive decades. So the regular stout now had a more “regal” cousin and the Imperial Stout was born.

Look for (Russian) Imperial Stouts at the beerfests. There will be British versions, and their hoppier American counterparts. Be careful, many are 10% ABV. and more! As an added note, Courage Imperial Russian Stout won Best of Show at Calgary International Beerfest in 2016.

There are numerous other examples, from light lagers (the modification of regular lagers) all the way to barley wines (a form of strong ales). Revel in the diversity of beers you will find at the shows. It’s your best opportunity all year to explore the beer world in one place.