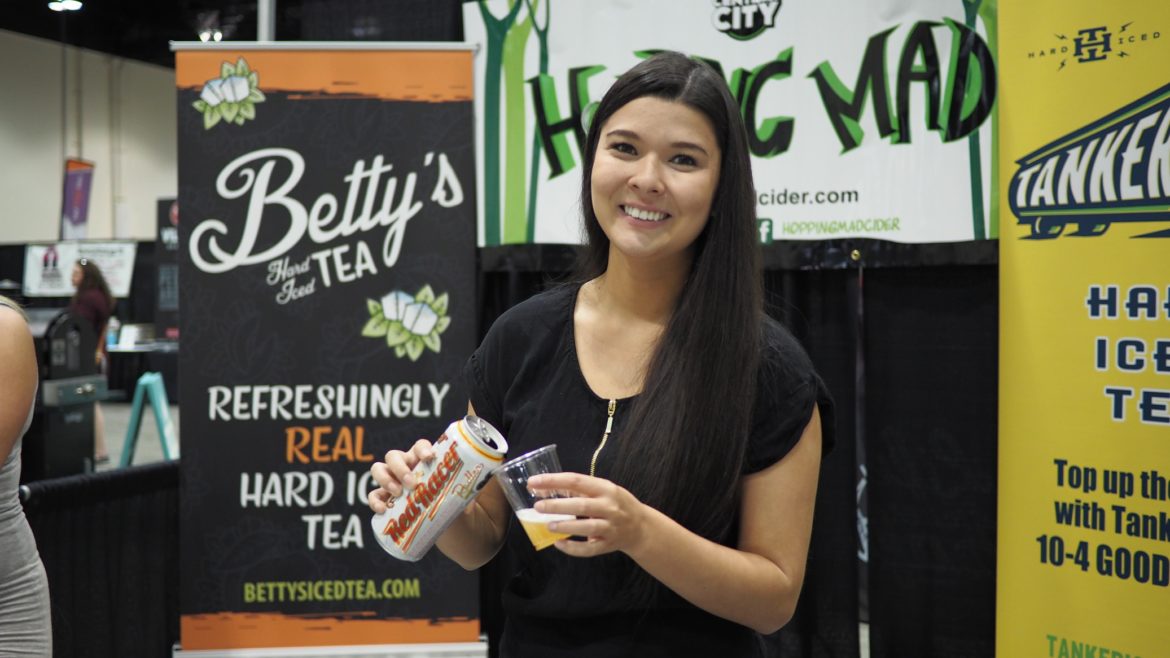 When you walk through the doors of the BMO Centre on the Stampede Grounds in the first weekend in May, you will step into western Canada’s biggest salute to beer. Whether this is your first trip, or you’ve attended every one, there is always something new at the festival.  Here are a few things you should look for as you walk around 250,000 sq. ft. of Beertopia!

Beerfest has been around for over a dozen years and has seen growth in every year. This year is no exception. The most stunning thing you will notice is the number of Alberta craft breweries. When the show began earlier this century, there were less than a half dozen local breweries involved. With well over 50 brewery licenses having already been doled out by AGLC, it’s not hard to see the explosion in local breweries. Not all will be at the show- some do not yet have a finished building, let alone beer to try- but expect over 40 Alberta breweries present.

Of course you will not have heard of many of them, as some have not yet opened. Many of these breweries are getting their beer made at other breweries while their facility is being built (called contract brewing). They include Zero Issue, Citizen, Goat Locker, Brauerei Fahr, Ol’ Beautiful, Outcast, and Six Corners. Others just opened their doors in 2017. Congratulations, Carvel and Annex Ales. A few breweries are very new, having opened in the past year or so. The Calgary and area ones, who may have been at Beerfest 2016, are Last Best, Half Hitch, Cold Garden, Common Crown, Dandy, Tool Shed, Rocky View, Banded Peak, and Boiling Oar.

Others breweries may seem foreign to Calgarians because they are located all over the province. The growth in brewing has seen many small towns outside Edmonton and Calgary embrace the industry. Look for breweries from Medicine Hat (Hell’s Basement and Medicine Hat), Grand Prairie (GP and Grain Bin), Lethbridge (Coulee and Theoretically), Edgerton (Ribstone), Plamondon (Fat Unicorn), Canmore (Canmore), Red Deer (Troubled Monk and Something Brewing), Lacombe (Blindman), Yellowhead County (Bench Creek), and the Bearhill Group with their Banff, Jasper and Ft. McMurray (Wood Buffalo) brewpubs represented.

Of course, we can’t forget our friends from the Edmonton area, some new, and some who have been around for a while. Look for senior member Alley Kat, and also Yellowhead, Bent Stick, Elbeck, and Two Sergeants. Then there are the veterans at the show, who always have some new beer to try. These breweries are now the godparents of Alberta brewing and include Big Rock, Wild Rose, Grizzly Paw, Brewsters, Village, Minhas, and Mill Street, the Toronto brewery who now has a Calgary location as well. Also, make sure you try the local mead from Fallentimber; they also have sparkling hop mead and a meadjito (you have to try it to find out what it is).

Naturally, there will be craft breweries from across Canada present. Expect well over two dozen from B.C. and plenty from Ontario and Quebec. Certainly, it wouldn’t be a show if Canada’s brewing giants weren’t there and the Big Three of Molson’s, Labatt’s, and Sleeman’s will not disappoint. In addition, several importers will be present, bringing us beers from the US, Europe, and the rest of the world. Many of these are iconic beers that set the standard for the beer styles brewed today, so make sure you check them out. Don’t forget the casks- those unique one-offs of local brewing madness. Hurry and try them early, as they run out quickly. If you want a break from all the beer, back for the second year, the Distillery District offers up information and samples from the growing Alberta (and elsewhere) craft distilling boom.

Lastly, don’t forget to drop by Beer University. Here is where you can discover how beer is made, visit the Old College Brewery booth, and talk to maltsters, barley growers, equipment makers, and other people involved in the industry. There are games and prizes to be won here, and you can earn your MBA (Masters of Beer Appreciation) too. There are also beer groups you can join such as Alberta Beer Girls and CAMRA, so check out their booths for information. If you want to further increase your beer knowledge, attend one of the several seminars being held on site. Expect anyone from chefs to brewmasters to be there to expound on all things beery.

There is so much to see, do, and taste at Beerfest that two days does not allow enough time to try it all. So plan your visit, and enjoy the show. There is something for everyone, so drink it all in (figuratively, not literally).